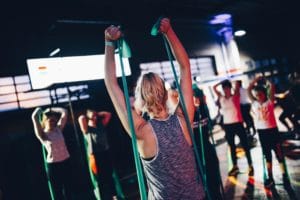 We all know that exercise is one of the most important things you can do to stay healthy. But, did you know that it can add years to your life? A recent study found mice that ran on a treadmill a couple times a week for five months staved off premature aging in almost every organ of their bodies. This study was published February 21, 2011, in the Proceedings of the National Academy of Sciences. This is one of the most powerful pieces of data ever published proving that exercise is indeed an anti-aging remedy.

In addition to anti-aging, exercise decreases your risk of getting a wide assortment of chronic illnesses. Here is a list of conditions that physical activity reduces your chance of getting (and how many people have them):

No one can stop aging but we can certainly slow it down and stay healthy and vital in our golden years. Research shows that many of the changes attributed to aging are actually caused in large part by disuse. An interesting study from Texas shows just how important exercise really is.

In 1966, five healthy twenty-year-old men volunteered for a research study at the University of Texas Southwestern Medical School. All they had to do was spend three weeks of their summer vacation resting in bed. On completion of three weeks, the researchers tested the men before and after exercise and found devastating changes: faster-resting heart rates, higher systolic blood pressures, a drop in the heart’s maximum pumping capacity, a rise in body fat, and a decrease in muscle strength.

In this short period of time, these young men developed many physiologic characteristics of men twice their age. Luckily for these guys, the scientists then put them back on an exercise routine and not only did the deterioration brought on by bed rest reverse, but testing results were better than ever before for these men.

Recent studies have indicated that dysfunction of the mitochondria (the “powerhouse” of the cell) is a precursor to the loss of muscle mass and functional impairment commonly seen in the elderly. Exercise resulted in a reversal of the genetic profile back to levels similar to those seen in the younger adults. This suggests that exercise may actually undo the biologic aging process takes place in muscle cells. This exiting information is just another reason to get off the couch and get moving. Think of all the money to be saved on wrinkle cream and chiropractic care!

Quarantips, Ideas, & Insights To Keep You Healthy During Lockdown

Join the Head 2 Toe team for your weekly dose of inspiration, ideas, and insights around how to take care of yourself. This week the team talks about the following: Importance of sunshine Dealing with the loss of graduation Best kitchen gadgets for stay at home cooking Clinic updates & telehealth options The #1 way…

Quarantips: How to Stay Healthy, Happy, and Positive at Home

With another month of quarantine facing us, we remote assembled the team to talk through our favorite tips to stay healthy, happy and positive during this time. On this episode, you’ll learn: – our favorite apps to find peace and calm so you can boost your immune strength – #1 free workout app for breaking…

How to Protect Your Achilles Tendon (new podcast)

Having a healthy body prepares the stage for your everyday well- being. It also has a direct impact on how fast and fine you will age. Maintaining your strength and robustness via good nutrition and lots of exercise promotes good blood circulation, digestion, and bone strength. Exercise allows you to live an active, stress-free life.…

Giving Hope: Fight Covid-19 Fear by Giving Hope to Others

We proudly support Washington Kids in Transition. And it’s our mission during the next three months to do everything that we can to help them provide basic needs to homeless children in our community. During this month, we’ll be highlighting how they help local homeless youth with supplies, food, and shelter. Now more than ever…

How Neurodynamics Can Fix Nerve Pain

Have you heard of Neurodynamics before? Most people haven’t but if you’re one of the 40 million Americans dealing with ongoing nerve pain pay attention. Neurodynamics is a specialized form of assessing and treating nerve related problems. Up until very recently, we couldn’t offer it as treatment service at Head 2 Toe because we didn’t…

As you know, the Coronavirus is causing problems across the globe and right here in the PNW.At Head 2 Toe, your safety and accessibility to continuing treatments are our biggest concerns. Although there hasn’t been any exposure to the Covid-19 virus at the clinic, we are taking extra preventative measures to provide peace of mind…